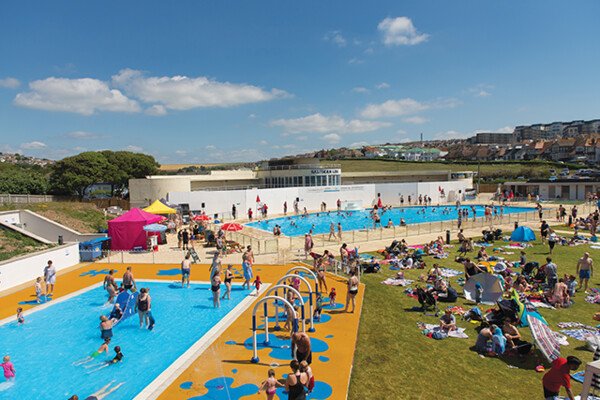 Setting: An architectural icon and beloved public pool
A lido, which is the Italian word for "beach", is an outdoor public pool (and surrounding facilities) once popular throughout the UK. During the 1930s, when outdoor swimming became fashionable, more than 150 lidos were built across the country by local councils to be used as recreational facilities.

The country's most famous example is Saltdean Lido, which is located at Saltdean Park Road, Saltdean, in the city of Brighton and Hove. First opened in 1938, the seaside lido was designed to face south-east towards the English Channel with a sea water pool and central fountain on the curved north-east side, and a central diving stage on the south-west side.

Originally listed Grade II by English Heritage for its architectural and historical importance, its status was upgraded to Grade II* in 2011. Such buildings are defined as being "particularly important, of more than special interest".

Challenge: Restoring a 79-year old pool to its former glory
When the leaseholder of the site – one of only three remaining seaside lidos left in the UK – announced plans to demolish the Art Deco building to construct an apartment block on the site, community outrage was loud and swift. After the development application was refused, the lease was handed back to Brighton and Hove City Council and shortly after, in 2012, Saltdean Lido was closed to the public.

After falling into a dilapidated state, a major restoration project bolstered by £3m of community funding was announced, which would see the main building restored to its former Art Deco glory. Phase one of the five-year plan centred on the two aquatic areas: 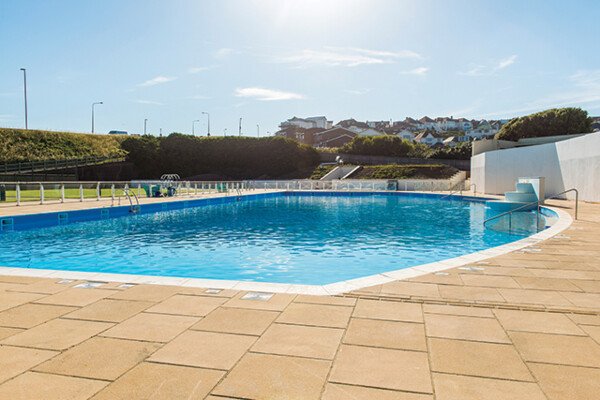 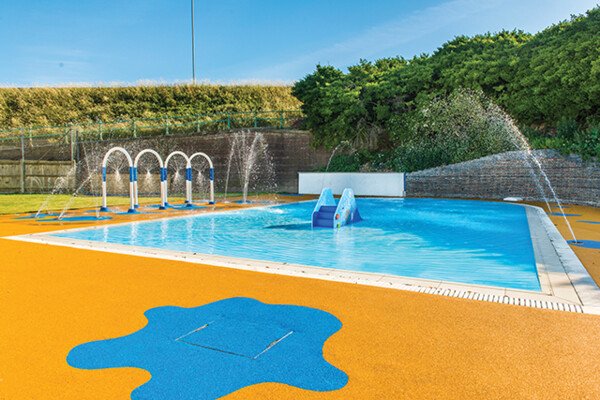 Led by the renowned Aqua Platinum Projects and its preferred distributor, Paramount Pool Products, the professionals were faced with a pool that was beyond repair and the original, fabricated metal filters that were totally corroded. In essence, both pools had to be totally rebuilt.

Solution: Installing Waterco’s worldclass filtration solutions
In order to meet the latest specifications relating to commercial pool filtration, Paramount Pool Products turned to the brand they knew would provide a solution that was capable of processing the lido’s high volume of water and bather load – and wouldn’t corrode in the seaside setting: Waterco.

“When we were asked to be involved in this fantastic project, we were more than delighted,” says Waterco Europe CEO Tony Fisher. “Knowing how important Saltdean Lido was to the local community and the broader region meant a lot, and we were excited to be part of its transformation.” 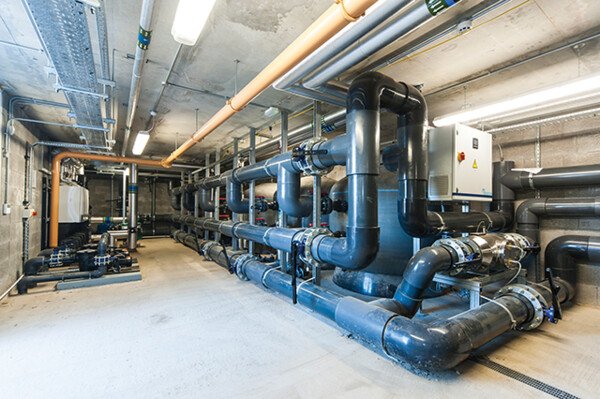 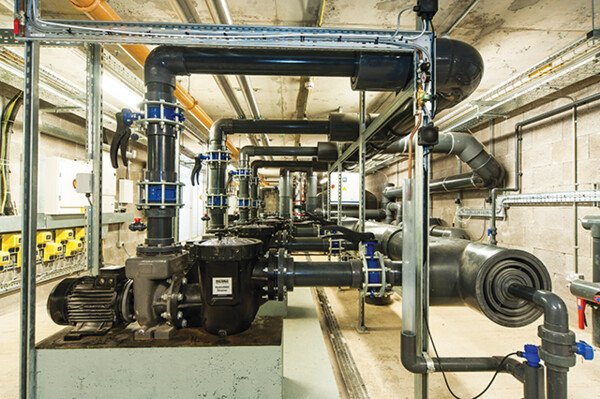 “Ecopure removes more materials and pollutants than sand, saving on backwashing and resultant water, heating and chemical treatment costs,” Tony explains. “It is less susceptible to biofouling, which is critical to outdoor public pools as big as this one, while the heattreated surfaces are smooth, requiring less remedial action and less chemical treatment to kill pollutants.”

Conclusion: A community asset reopens to the people who saved it
When Saltdean Lido was reopened to the public in June 2017, hundreds turned out to celebrate – many of whom had spent the past few years campaigning and fundraising in its honour. The refurbished outdoor site now boasts a heated swimming pool, children’s paddling pool, a shallow splash area, and beautifully landscaped gardens.

“Saltdean Lido has gone from a public eyesore to a place that can be enjoyed by everyone,” says Tony. “It is a space where the community can gather once again, and families can come together and enjoy the benefits of a pool.”

“There has been a fantastic response from so many companies and all who are involved with the Saltdean Lido would like to say a big thank you to Waterco for its support,” says Saltdean Lido volunteer director and local resident Deryck Chester.