"To create the best environment for staff and students who are in the pool every day is certainly
one of the most important things you can do."

Opened in 1998, Somerset’s Swimming Academy has an elite group of teachers including Gold Level Qualified Coach Graeme McDonald and Triple Olympian and Order of Australia Medal recipient, Ashley Callus. In addition to catering to Somerset students and the general public, the coaching team and facilities will soon accommodate several countries training for the Gold Coast 2018 Commonwealth Games. 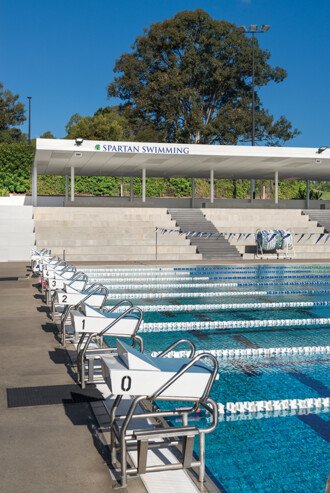 Challenge: Chloramines causing an unpleasant smell and corroding equipment
Somerset’s 14-metre 100,000-litre indoor swimming pool, which originally operated from the same chlorine feeder system as the College’s 50-metre Olympic outdoor pool, was in need of constant monitoring since being separated from the main pool due to fluctuating chemical levels and bather loads. It also filled the partially enclosed space with a strong chlorine odour.

Head swimming coach and former Somerset College alumni Forrest Butcher explains: “The smell and side effects of an enclosed chlorinated environment had become a major issue, not just for our swim students and staff but also for the environment. Chloramines are significantly more corrosive that chlorine and had caused some surfaces to rust. We also had swimmers who reacted to the chlorine – some with sensitive skin conditions who wouldn’t go in either pools.”

When the College decided to install an additional 50,000-litre indoor pool a few years ago, it recognised the need to separate the filtration and sanitisation systems so each pool operated independently.

“I came across Hydroxypure while researching an alternative to chloramine management, and in July 2017 we began trialling the system in our 100,000-litre indoor pool,” explains Forrest. “We fully drained the pool, changed our media then filled it up again – literally out with the old and in with the new.” 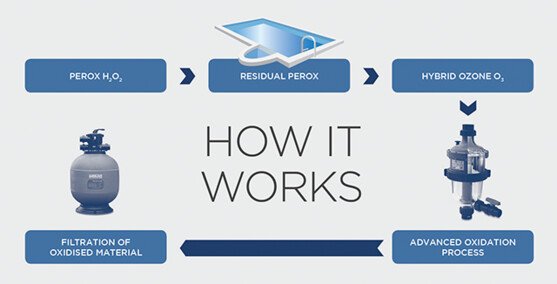 The use of ozone and Perox in harmony increases active oxygen levels in the water. This synergy ensures
the safety of water environments without creating harmful chemical by-products.

Solution: Creating crystal clear water and a healthier swimming environment
Instead of relying on a potent chemical concoction to maintain hygienic water and swimming conditions, Somerset’s main indoor pool is now sanitised by Hydroxypure, a chlorine-free, odourless system which is endorsed by the National Asthma Council of Australia’s Sensitive Choice® program. 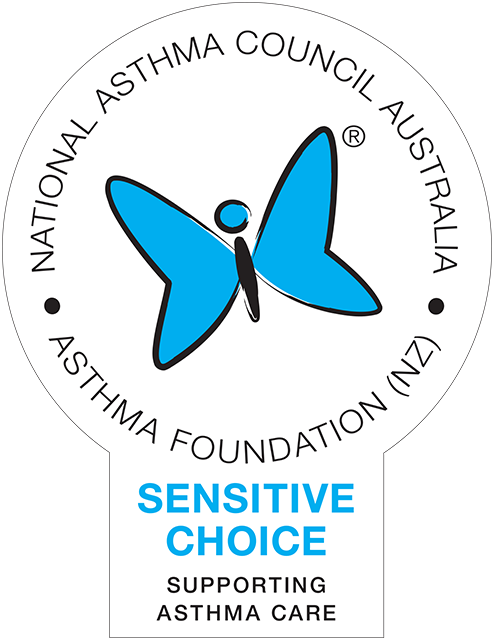 Hydroxypure is endorsed by the National Asthma Council of Australia and approved
by its Sensitive Choice® program.

“I have a couple of staff who are sensitive to chlorine, and who had even lost their hair, which was concerning,” says Forrest. “Since we converted to Hydroxypure they haven’t had any issues and that is very reassuring. 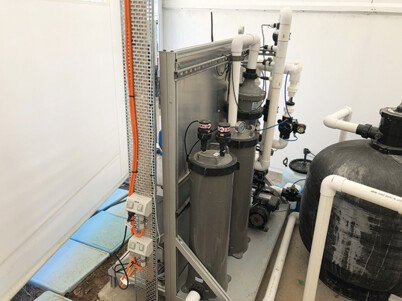 “To create the best environment for staff and students who are in the pool every day is certainly one of the most important things you can do. From a management perspective, it’s critical.”

“Having the opportunity to demonstrate how good the Hydroxypure system at such a prominent site can only help increase awareness across the broader swimming community,” says Hydroxypure inventor Nick Briscoe.

“Swim teachers, elite coaches, swimmers and spectators alike no longer have to be subjected to the harsh environment that comes with traditionally chlorinated public pools. There is now a credible, chlorine free alternative that not only sanitises pool water but creates a healthier, happier environment for everyone involved.”