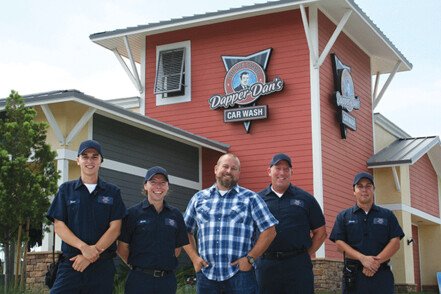 "There aren’t many pieces of equipment that can claim an ROI in under one year."

Reclaim Filters & Systems manufactures commercial and industrial water reclaim equipment and ozone generators, and has had experience in the car wash industry since 1964. It has been manufacturing water reclamation equipment as its primary business since 1976.

“Our customers in California face scarce water supply, high costs and even larger sewer bills,” says Reclaim company spokesperson Russ Keller. “In the case of car wash equipment, customers pay a water bill based on actual usage but pay a sewer bill that is a multiple of the water bill – even if some of the water is evaporated and carried off, never reaching the sewer system.”

Although it had tested cyclonic filters several times in the past, the company found them unsuitable for car wash applications, citing three main challenges:

“There are several competing companies with incredible, but unverifiable claims misleading customers into purchasing their products,” Russ says. “This leaves the industry, on whole, sceptical of water reclamation equipment.”

Reclaim purchased and tested several of Waterco’s commercial MultiCyclone units and found that they were indeed a superior cyclonic separator with less passing of solids and more resistant to backpressure. 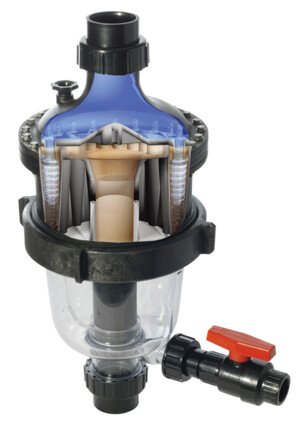 Waterco’s award winning MultiCyclone is a brilliant
pre-filtration device that works on the basis of
centrifugal water filtration and is designed with no
moving parts and no filter media to clean or replace.

“The synthetic material did not corrode and as long as we provided ample shock  protection and isolation from the pump motor’s vibration, they held up reasonably well,” Russ says.

Reclaim then approached the world’s largest carwash equipment manufacturer, Coleman Hanna, which agreed to test the system in several of its carwashes. “The company was educated enough to understand the principle and had seen test units in operation,” he says.

“This water had to be clean enough to not only protect paint but also sensitive high pressure piston pumps,” Russ explains. “Much to their delight, MultiCyclone worked as advertised and has now been shown prominently, in their booth, at two international car wash expositions. In fact, 19 of their ‘Sweetwater’ reclaim systems have sold to date with orders for eight more from the 2015 ICA show in Las Vegas, Nevada.”

Since installing Reclaim’s system, Coleman Hanna operator Dapper Dan’s Car Wash in California saves up to 120 gallons per minute when the car wash is running. That’s 57,600 gallons per day, 1,612,800 gallons a month, and nearly twenty million gallons per year.

“At the heart of the Reclaim system are twin commercial grade Waterco MultiCyclones that remove particulates from the water before sending it out to the car wash equipment,” Russ explains. “A five horse power, self-priming pump provides the power to pull the water from the in-ground tanks and pressurise it to 60 psi (pounds per square inch) of water pressure sending it through the MultiCyclones feeding the carwash equipment.”

Dapper Dan’s owner Ryan Kuhns is not only helping the environment by reducing water usage in drought stricken California but also lessening the load to the city sewer. To remove odour and colour from the water, he uses ozone and a natural biological product that eats surfactant. This combination reduces the water’s BOD and COD (biological and chemical oxygen demands, respectively) much lower than other car wash effluent in the area.

This water had to be clean enough to not only protect
paint but also sensitive high pressure piston pumps. 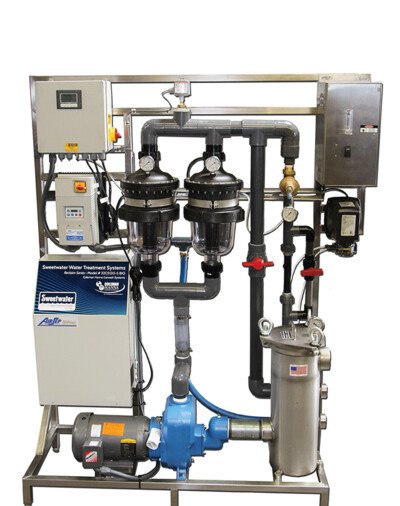 At the heart of the Reclaim system are twin
commercial grade Waterco MultiCyclones that
remove particulates from the water before sending it
out to the car wash equipment.

“These water savings and pre-treatment makes Ryan one of the largest, unsung, conservationists in the State of California, which, by the way, is also the world’s ninth largest economy,” Russ says. “He is not only a good steward to the environment but also to his bottom line, allowing everyone to prosper.”

Coleman Hanna is the synthesis of Jim Coleman Company and Hanna Carwash Equipment company, two American institutions that have been manufacturing car wash equipment for more than 45 years. Today Coleman Hanna has the largest customer base of installed conveyor systems and equipment with over 30,000 car wash operations worldwide.